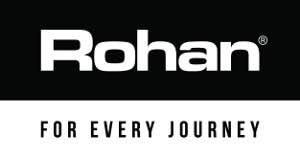 Founded in 1972, Rohan is a British designer and supplier of outdoor clothing and footwear that has 56 stores and an annual turnover of £30 million. Their products are designed in Milton Keynes, Buckinghamshire and are manufactured internationally.

What issues, challenge and pain point did our client want us to address?

Due to the size of their organisation, Rohan felt it necessary to have an energy consultant manage all their energy related issues on their behalf, so that they can concentrate on the day to day running of the business.

What were our clients expected outcomes from working with a consultant to solve their problem?

Rohan’s expected outcome was for Energy Buzz to take ownership of their portfolio of electricity and gas accounts and to deal with all aspects of their energy requirements, from; contract negotiation, contract alignment, contract terminations, renewal reminders, meter exchanges, finalising change of tenancies (for premises they were moving into/out of), monthly invoice validation and general customer service related issues on their behalf. They were looking for one point of contact with a direct line and e-mail address, who was able to promptly deal with these key areas and any general issues that may arise, during the term of their agreement.

As Rohan have a substantial number of sites to manage within their portfolio, one of their main challenge’s was for all their accounts to be invoiced collectively on a monthly basis by one supplier, on one invoice, for all their electricity accounts and one invoice for all their gas accounts. This was a requirement, so that they can ensure that they were paying for exactly what they consume, within a relevant timeframe and can then account for their energy spend, at the end of each calendar month.

Why did Rohan engage in Energy Buzz’s help?

After initial contact with Vanessa Marriage back in August 2016, Energy Buzz were invited to Rohan’s head office in Milton Keynes, to pitch our services and were up against two other energy brokers; a larger/more established energy broker than ourselves and a local energy broker, to their head office.

We understand that Rohan chose Energy Buzz as they were impressed with our industry knowledge and the level of service that we endeavoured to offer, with a personal touch. Energy Buzz have built up a strong working relationship with Rohan ever since and have been successfully working together now, for well over 2 years.

How did we approach the challenge?

After discussing in depth with our client, listening to the issues that they’d faced previously with their suppliers and the requirements that they were looking for moving forward, we had an excellent understanding of what our client wanted, from their energy supplier and consultant.

Our initial task was to negotiate on our client’s behalf, for their forthcoming electricity and gas contract renewals that were in their renewal window. Whilst negotiating with all our suppliers that we work with, to offer the most competitive rates on the market, we also had to find them a supplier that could accommodate for our client’s billing requirements and tailor a package to suit their needs.

How were Rohan involved in this stage?

After we’d terminated all the previous contracts on their behalf and our new recommended energy supply contracts had gone live, we worked together each month, to ensure that the supplier had all the relevant information, to be able to invoice them correctly and to live up to their billing promise.

Rohan would provide us with their stores meter readings each month, which were collated in-house and were sent over to Energy Buzz. Once received, we validated these readings against previous meter reads and annual consumption figures that had been supplied, to ensure that these were in line and accurate. If necessary, these were queried and once they were all validated, we then submitted these reads to the supplier. This was done through the suppliers online billing platform or with our direct account manager.

What was our solution?

We built an estimated monthly spend spreadsheet for our client, so that they could forecast what their invoice was going to look like and more importantly, budget for their monthly spend, if the supplier invoice was incomplete. This consisted of a list of all their stores, for both electricity and gas, with accounts numbers, current and previous months meter readings, current energy charges (rate per kWh, standing charge) and inclusive of estimated VAT charges. This provided an estimated monthly spend for each individual store and an overall collective estimated cost, for their total month spend.

How did our solution solve our client’s stated problem or accomplish their objectives?

We feel that the level of service that we initially endeavoured to offer, by dealing with all energy related tasks and issues on their behalf, was certainly lived up to. Tasks were dealt with in a prompt and timely fashion and there was never a situation where they couldn’t contact their personal account manager, or someone within the team with industry experience and knowledge to deal with any urgent queries. We experienced many billing issues along the way with the energy supplier, not being able to invoice all accounts collectively, or incorrect invoices being generated due to metering issues. However, our solution of creating a monthly estimated spend forecast for them each month, was well placed to help them to overcome these issues.

What benefits did your client see because of your immediate work?

Our client immediately benefited from our cost minimising exercise, as we sourced the most competitive contracts on their behalf, that suited their requirements, by negotiating with all our suppliers for them. Our service offered a much better system for Rohan, as they could e-mail or call Energy Buzz directly with any issues or queries that they had, rather than spending time contacting their suppliers directly and being pushed from pillar to post, to speak to the right person/department. This ultimately, gave Rohan more time to deal with their other work tasks and took away a lot of stress, of dealing with energy suppliers.